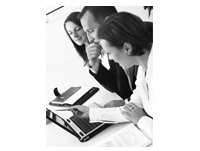 Data Science – Turning big data into actionable results
Data scientist was recently named the 2016 number 1 career by Glassdoor. Because of the fast growth of this skill set, businesses are having trouble finding qualified candidates and often have no idea how to define their roles as to effectively utilize their skills. How do you help them turn big data into actionable results that helps move the business along?

August 31, 2016 – Infographic: How Wearables are Revolutionizing Health Care Services
August 17, 2016 – What Keeps Healthcare CIOs and CTOs up at Night?