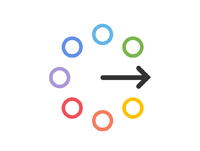 How ‘Agile’ Changed Security At Dun & Bradstreet – Interesting Interview with CSO
Dun and Bradstreet CSO describes the use of Agile practices, not for software development, but for a security team. He describes the benefits of controlling day-to-day activities: Agile forced the team to track incoming work requests, prioritize those, and schedule those. They found the daily stand-up motivates people to take ownership and accountability for their tasks.