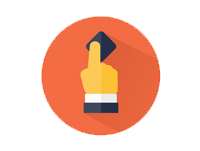 The Evolution of Apps – Integration facilitates efficiencyThe evolution of mobile apps may be…the demise of mobile apps as we think of them today – taking up space on your phone screen and in your brain simply to remember to use them.