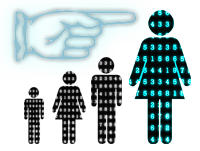 Recruiting in the New Age – Tools drive changeThis article indicates that recruiting is going to change dramatically due to increasing use of data analytic tools. We think the trend probably won’t hit the government space as quickly as the author suggests, but this is interesting food for thought.