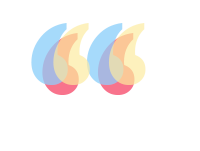 Great Quotes – Inspiring confidence, risk-taking, and leadershipThere are so many good ones here. One of our favorites…