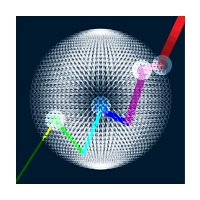 You have the big data in hand…now what? – A list of Dos and Don’tsBig data analytics promise tremendous benefits for organizations, but there are a few gotchas that stand in the path to success.

October 31, 2017 – What is AI not yet capable of? – Emotional Intelligence
October 17, 2017 – Project Management Lessons from H-E-B – What it took to stay open during Hurricane Harvey