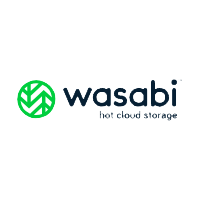 Wasabi – Wasabi Wipes Away the TiersWhen was the last time you got a cloud storage – or even a phone or cable bill that just had one line item? Wasabi wipes the tiers away (see what we did there?) when it comes to getting, paying for, and understanding your cloud storage costs.